You may have heard that Google are removing exact match at the end of September. They’re telling us that it will give us “control with less complexity” which is really patronising for those sophisticated advertisers who have built systems and workflows around precise match types. It’s just a way of collecting more cash. People are going bonkers about it – there’s even a petition to make Google reverse this decision.

But instead of moaning and waiting for a change that will never come, we’ve written a script to reverse all this “close variant matching”. It was actually quite easy in the end – nowhere near as advanced as our other AdWords scripts!

We’re publishing the script in its entirety for free - just click here.

Why? Well, our feeling is that the changes are unfair and want to share our expertise with those who don’t have the resource to build this kind of thing.

If you’ve never run an AdWords script before it’s actually quite simple – you can read our quick Introduction to AdWords Scripts.

Prior to publication, it must be approved by ad:tech London. 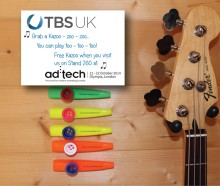 "Don't Stop The Music" is a new documentary series produced by Fresh One for Channel 4 airing early September 2014. The Programme will follow James Rhodes, world-renowned international pianist, in his attempts to create a nationwide campaign to improve music education in the UK, and this initiative is being supported by TBS at ad:tech London. 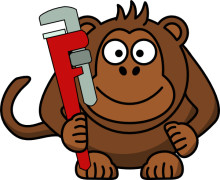 Keyword research through a prism called culture – a primer

When it comes to keyword research, it’s easy to fall into the trap of thinking that tools will do the job of brains. Let’s clear that out from the outset: they won’t. Tools are only as good as their handlers. Give a spanner to a monkey, it’ll find ingenious ways to use it. Give the same spanner to a dog and it goes from tool to toy. Use tools wisely.